The Netherlands invests 615 million euros in Quantum Delta NL, bringing quantum technology to the next level in Europe 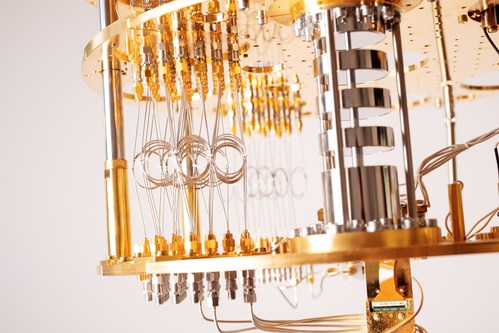 The Netherlands continues to play a leading role in building a world-class European quantum ecosystem. To amplify this, the Dutch government formalized the Dutch strategy on quantum technologies by presenting today an investment plan of €615 million over seven years. This impulse sets in motion a flywheel that could lead to a total public and private

The Netherlands continues to play a leading role in building a world-class European quantum ecosystem. To amplify this, the Dutch government formalized the Dutch strategy on quantum technologies by presenting today an investment plan of €615 million over seven years. This impulse sets in motion a flywheel that could lead to a total public and private investment of an estimated €3.6 billion over the duration of the Quantum Delta NL-program.

Because of its strategic and economic importance, quantum technology is central to the European ambition for digital sovereignty. Quantum computers, networks and sensors are the future foundation for High Performance Computing (HPC), Cloud, Hyperscalers and the Dutch Digital Infrastructure. The exponential growth of computing power is expected to have a major impact on the development of medicines and materials, the prediction of complex models and inherently secure data exchange. Quantum sensing enables high resolution biomedical sensing, earth monitoring, navigation without satellites, robust and fast telecommunication networks and many more applications.

Within Europe, The Netherlands is currently a front runner in quantum technology. The development of silicon qubits and a quantum processor, the use of entanglement for the development of a quantum Internet and the launch of Quantum Inspire, the first European quantum computer in the cloud, have all been realized by or with the help of Dutch researchers. In addition, the Netherlands has the most quantum startups per capita and is a global top 3 player when it comes to scientific output. This gives the Netherlands a unique opportunity to translate its lead into sustainable earning power for the whole of Europe.

The ambition of the Quantum Delta NL program is high: to position the Netherlands as a new Silicon Valley for quantum technology for Europe, with objectives to scale up to 100 start-ups, 2,000 PhDs and engineers and three large corporate R&D labs by 2027. The program fuels the development of the European quantum computer and the quantum internet, open to end users in business and social sectors, including education. It builds a barrierless ecosystem where talent at all levels is trained and collaborates across institutional boundaries to create a new European high-tech industry. Birch Consultants has calculated that the market for quantum technology will grow to more than USD $65 billion over the next 20 years and Boston Consulting Group estimates the market for quantum could grow to around USD $300 billion worldwide by 2050.

Mona Keijzer, State Secretary of Economic Affairs and Climate Policy: “Innovation aimed at digitization, sustainability and health has immediately been given a prominent place at the start of the National Growth Fund. This is good for all Dutch people. After all, research and development is the key to sustainable growth and therefore to our jobs and income in the future. The government must also actively provide large-scale public funding to further develop research, innovation and technology, to allow start-ups to grow, to attract talent, to keep innovation in the Netherlands and thus to strengthen our international position. I see great opportunities for the collaborating companies, knowledge institutions and governments involved in this, such as at Quantum Delta NL, to start capitalizing on these challenges.”

Ronald Hanson, chairman of the Supervisory Board Quantum Delta NL: “The Netherlands has a lot to offer with strong quantum hubs in Delft, Amsterdam, Eindhoven, Leiden and Twente. We are building on our public private partnerships to scale one of the leading quantum technology ecosystems by investing in talent, research, entrepreneurship and research facilities.”

Freeke Heijman, founding director of Quantum Delta NL: “The strength of the Netherlands’ position is partly due to the Dutch government’s early recognition of the importance of quantum. We are proud that we can now build on that success with the execution of the Quantum Delta NL Program. For us the keyword is scaling the ecosystem!”

Quantum Delta NL is the public-private partnership of global tech companies, government agencies and all major quantum research centers in the Netherlands. The mission of Quantum Delta NL is to further strengthen the thriving Dutch quantum ecosystem into the most relevant for Europe.