Delta variant responsible for 40% of new coronavirus infections in Amsterdam 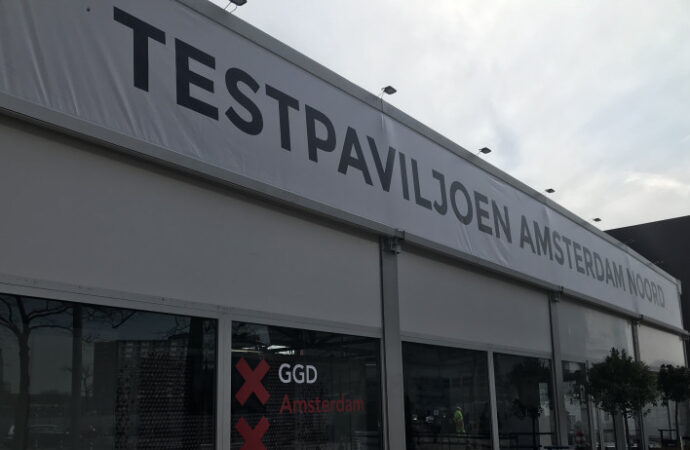 More than 40% of all new SARS-CoV-2 infections in Amsterdam can be linked to the delta variant of the coronavirus, said Yvonne van Duijnhoven, the head of infectious diseases at the Amsterdam GGD. Van Duijnhoven warned that the delta variant could become dominant in the Dutch capital by next week, she told newswire ANP on Tuesday.

More than 40% of all new SARS-CoV-2 infections in Amsterdam can be linked to the delta variant of the coronavirus, said Yvonne van Duijnhoven, the head of infectious diseases at the Amsterdam GGD. Van Duijnhoven warned that the delta variant could become dominant in the Dutch capital by next week, she told newswire ANP on Tuesday.

Van Duijnhoven said her estimate was based on provisional results of samples collected and tested during the past seven days. When examining the samples taken the previous week, the delta variant was only found in seven percent of the cases. Just under 800 people tested positive for any SARS-CoV-2 variant in Amsterdam during that two-week period, according to RIVM data.

The research proved that the delta variant was commonly found in young people who recently returned from holiday in Spain or Portugal. A separate analysis of their samples proved that 90 percent of the infected young people who returned from the Spanish island of Mallorca took the Delta variant with them. That was also true for 50% of travelers returning from the Portuguese resort town of Albufeira.

According to Van Duijnhoven, it is difficult to say whether it is solely these people causing the dramatic increase in the presence of the delta strain. “This variant has been circulating in the Netherlands for weeks,” she said.

Nationally, over 500 people who returned from a visit to either country in June tested positive for the coronavirus infection, regardless of variant, the RIVM said.

Last week, the variant of the virus still accounted for only ten percent of new infections in major Dutch cities according to Health Minister Hugo de Jonge. The RIVM said it expected delta to replace the alpha variant to become the main strain of the virus in the Netherlands over the course of the summer. Virologist Marion Koopmans was more specific, and predicted this would happen in July.

The total number of coronavirus infections in Amsterdam has continued to fall, though generally at a slower rate than previously anticipated. The number of infections among young people aged 13 to 18 appears to be even increasing, according to Van Duijnhoven. She noted that there was still no reason to sound an alarm.

“The absolute numbers of infections continue to fall. And we are in full vaccination mode. Moreover, it is summer, which means that the virus is less easily spread,” she said.

The RIVM said that the dominance of the delta variant was unlikely to cause an increase in the number of hospital admissions in the short term, but if total coronavirus infections increase that will likely lead to an overall increase in hospitalizations.