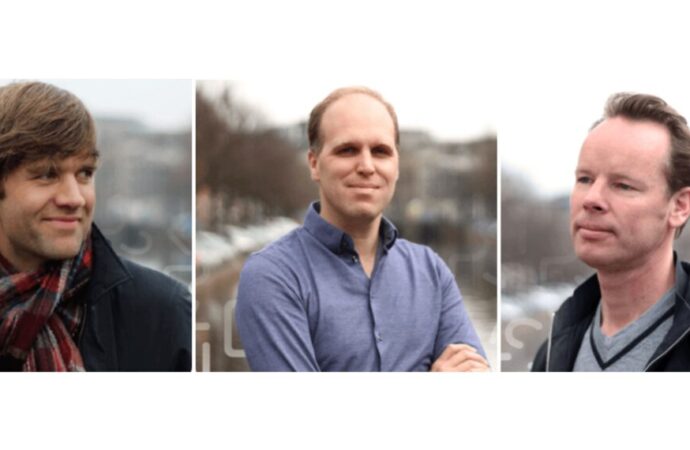 Investing platform Peaks is an Amsterdam-based app that lets you invest your spare money (start from €1). In a recent development, the company announced that it has raised €5M in its growth capital from two Dutch investors, Haerlem Capital and Rithmeester. To make this deal possible, Peaks existing investor Rabobank Frontier Ventures (RFV) – that invested an undisclosed

Investing platform Peaks is an Amsterdam-based app that lets you invest your spare money (start from €1). In a recent development, the company announced that it has raised €5M in its growth capital from two Dutch investors, Haerlem Capital and Rithmeester.

To make this deal possible, Peaks existing investor Rabobank Frontier Ventures (RFV) – that invested an undisclosed amount in the Seed round – is selling its stake to Haerlem Capital and Rithmeester.

Albert Theunissen of Rithmeester explains, “Peaks makes professional investing and wealth accumulation accessible to all consumers by offering them a simple, cost-effective, transparent, top-quality product. This is how Peaks is democratising investing. And that’s why Peaks has been such a success among its users in the Netherlands and Germany. We want to work with Peaks to expand their investment proposition and make it accessible to users all over Europe.”

Also, before the transaction can be finalised, Nederlandse Bank, the central bank of the Netherlands, must issue a Declaration of No Objection.

The proceeds from this round will help Peaks to continue investing in its growth and product development in order to capture a broader target group in the Netherlands and Germany.

CEO & co-founder of Peaks, Tom Arends, says, “We see that the simplicity and convenience of the app, as well as the strong results it achieves, appeal to a much wider target group than just beginner investors. It’s also resonating among consumers with more wealth and more investment experience.”

“With this new injection of capital, we want to keep growing our customer base in the Netherlands and Germany and expand our services to make investing even more accessible to a broader group of consumers. In the near future, for example, we want to enable our users to build their own portfolio to match their own personal preferences, so they have even more control over their investments,” adds Arends.

Investments in recent years have changed significantly. Earlier it was only accessible to a limited group, however, now it has gone mainstream. And this is where investment company Peaks looks to operate.

Founded in 2016 by Tom Arends, Rutger Beens, and Sijbrand Tieleman, Peak aims to make it possible for anybody to invest and not just those who follow the stock market or read The Financial Times. The company believes that everyone with a bank account, a little money, and some patience, can start investing.

The investment firm offers its services completely digitally and claims to be the first mobile app in Europe that lets people invest using their spare change. Each time a user pays online or with their debit card, Peaks automatically rounds up the amount to the next euro and invests the difference in your portfolio.

The investment firm operates under the De Nederlandsche Bank (DNB) and Netherlands Authority for the Financial Markets (AFM) and is authorised to trade throughout the European Union.

Thijs Groeneveld of Haerlem Capital says, Peaks is able to truly add value for its customers. “One of the areas we want to explore with Peaks is business to business (B2B). Peaks has built a strong, high-quality platform that can easily be used by other companies.”

In 2019, Peaks claims to be the first financial service provider in the Netherlands to be certified as PSD2-compliant. This enables consumers and companies to grant third parties access to the transaction information in their bank accounts. Because of the harmonisation of this legislation across Europe, Peaks is able to offer its services across the continent.

Since its inception, the platform has grown to include more than 130,000 active users in the Netherlands and Germany. The platform stands out from its competitors by enabling its users to invest small amounts.